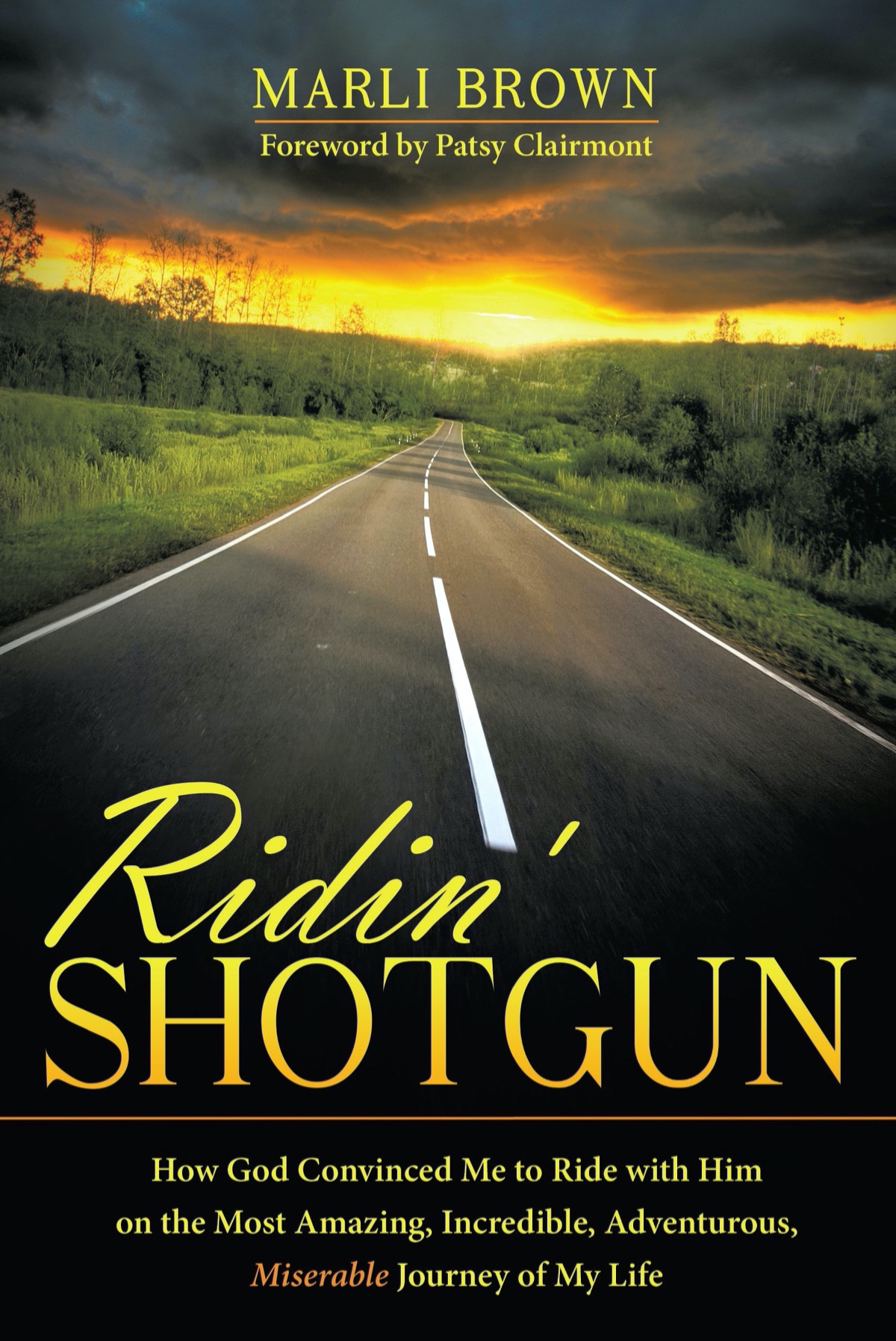 Ridin’ Shotgun chronicles Marli's journey as her family spent eight years living in an RV. As they traveled throughout the United States ministering to congregations of many denominations, Marli learned about God’s faithfulness, redemption, and companionship. Her unique perspective from the road highlights spiritual insights she gained as they traveled through forty-five states and numerous cultures. With honesty, she recounts situations when God challenged her to believe more, trust greater, and give beyond what she thought she could. Her casual writing style is wrought with heartfelt candor and humor as she recalls some of the most poignant moments she encountered while riding in the passenger seat, looking out the window. Marli’s perspective is unique, personal, and authentic. Her readers can’t help but be encouraged and challenged on their own faith journey. 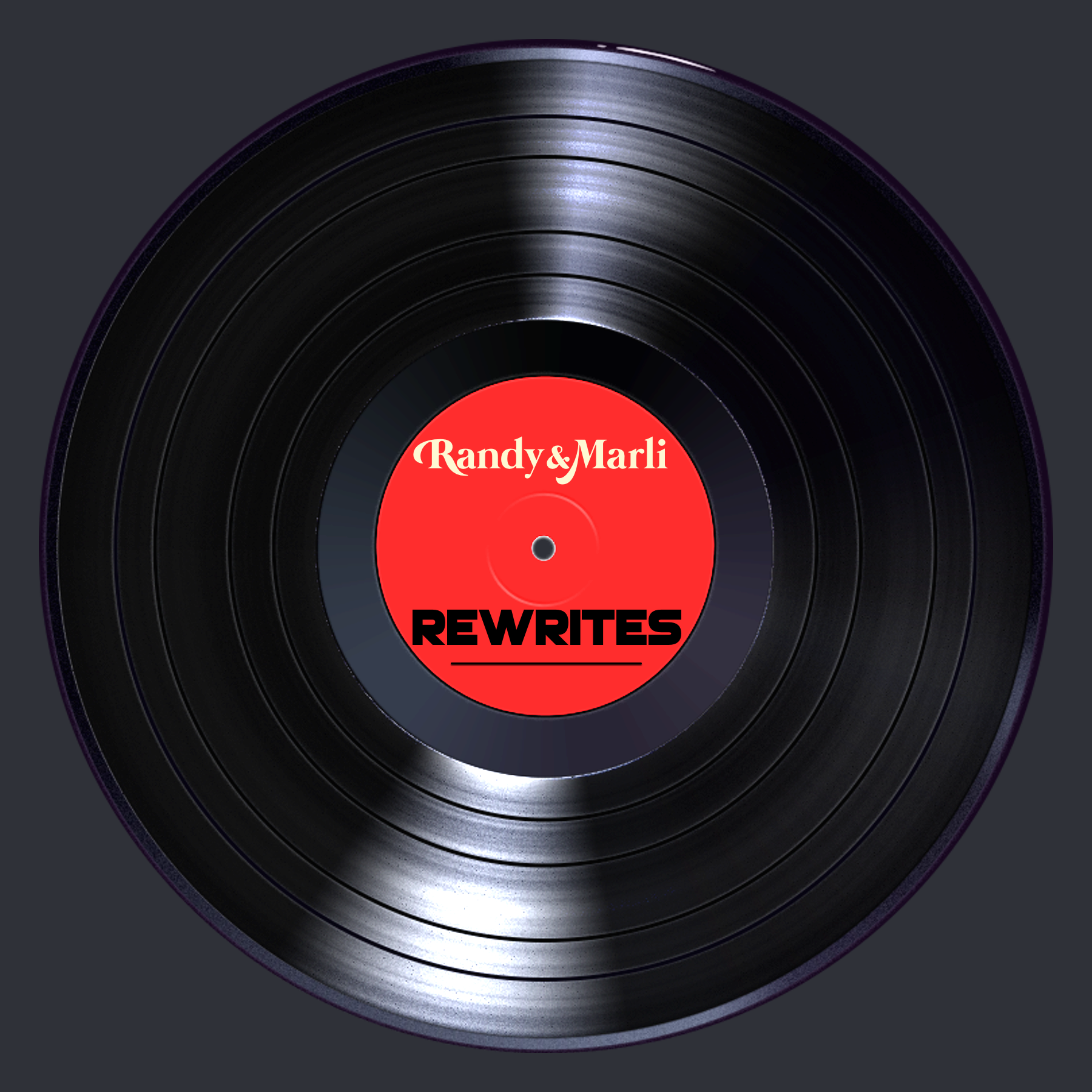 Released January of 2022. Many of Randy & Marli's parody songs from past CD projects have been digitally remastered and many more have been created for this unique project. Familiar tunes from popular artists are widely recognized with new lyrics that honor the Lord. Unfortunately, this project is not for sale and is only available at a Randy & Marli concert. 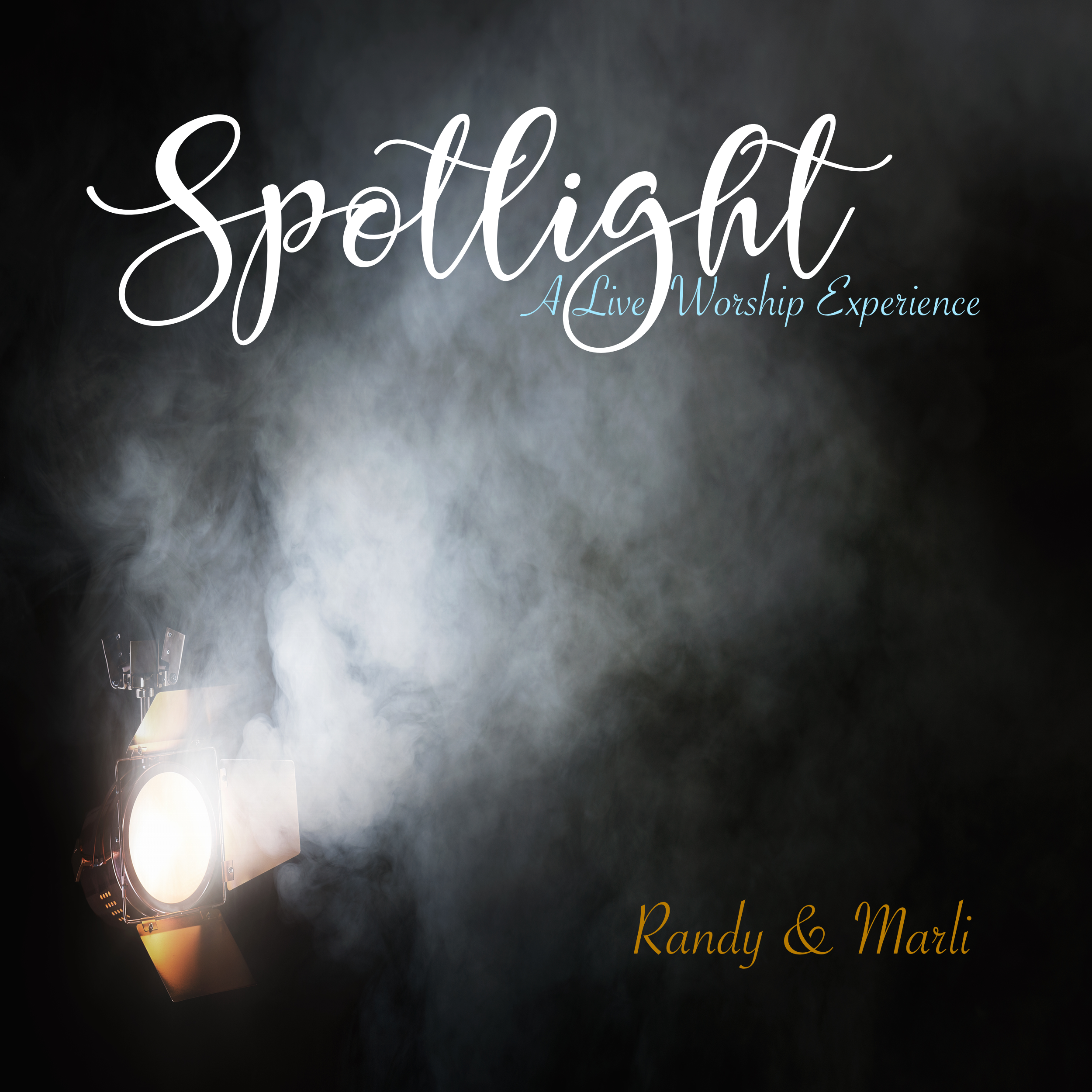 Released December of 2018. Recorded live on location at Simpson Park Camp in Romeo, Michigan from July 28 through August 5, 2018. This 13th album by Randy & Marli Brown provides the listener with 70 minutes of uninterrupted worship. Randy & Marli perform fresh arrangments of choruses from the past, new and exciting choruses of today, as well as heart-moving originals. Randy & Marli's daughter and son, Kennedie and Kadison, added guitars, ukelele, and background vocals. Ever since Randy & Marli recorded a live worship album with the Shepherd Worship Team many years ago, they desired to replicate that wonderful experience again. The opportunity never seemed to easily fall into place - until now. If this live recording proves to be a tool that takes you into God's wonderful presence, then mission accomplished. Strike up your spotlight and aim it completely on Him! 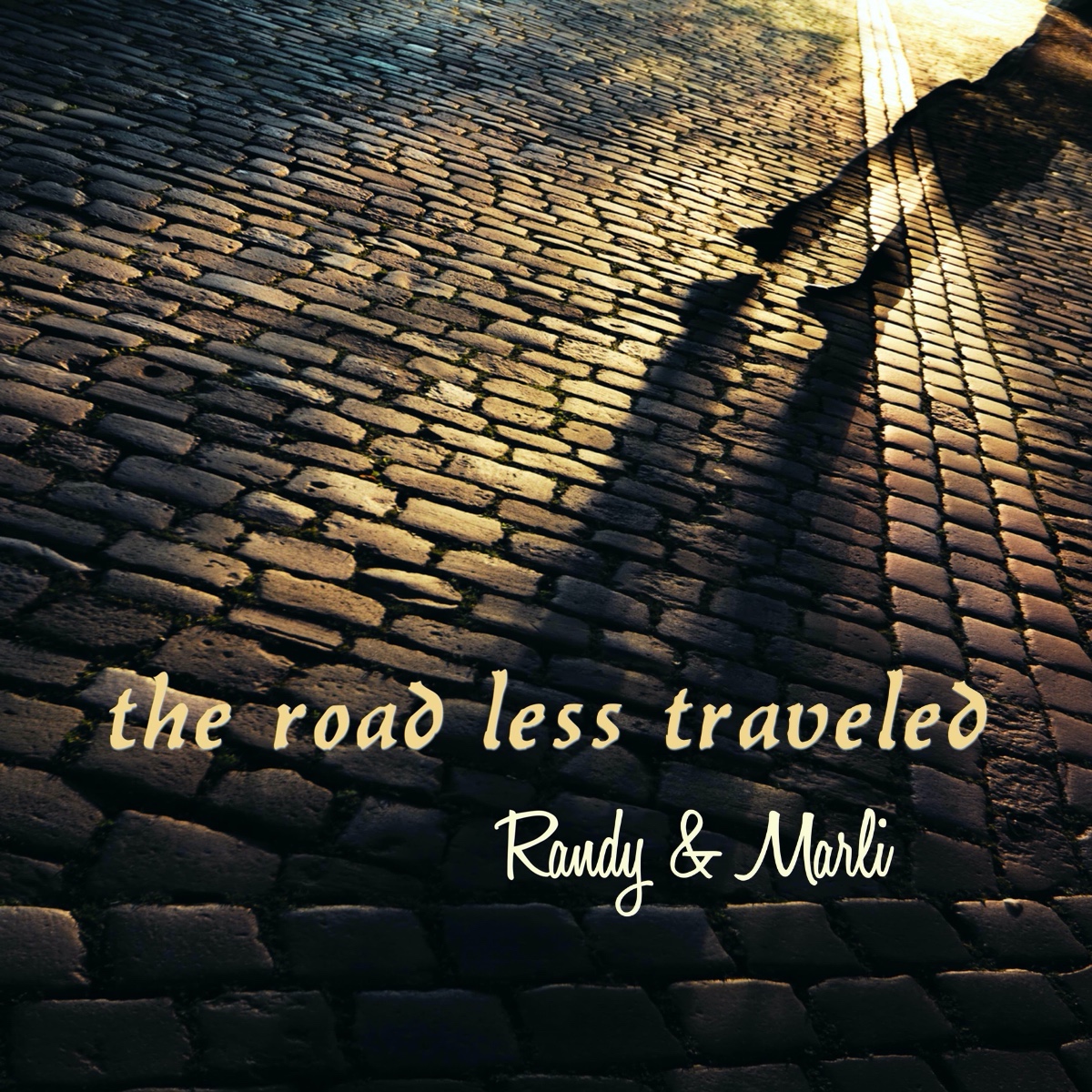 Released January of 2016. This recording from Randy & Marli is a culmination of faith-story songs through their three years of constant family and ministry transition. The moral and ethical compromise that has long been sweeping our nation has found itself in our churches. Randy & Marli’s challenge through song is that we, as Christ followers, remain faithful to God’s Word and His calling. But, don’t mistake this recording as a series of “downer” songs - they are very uplifting, fun, and joy filled. This project consists of 13 songs, totaling 61 minutes that are mostly originals, but include a couple familiar worship songs as well as a couple parody songs. Won’t you be a part of The Road Less Traveled? 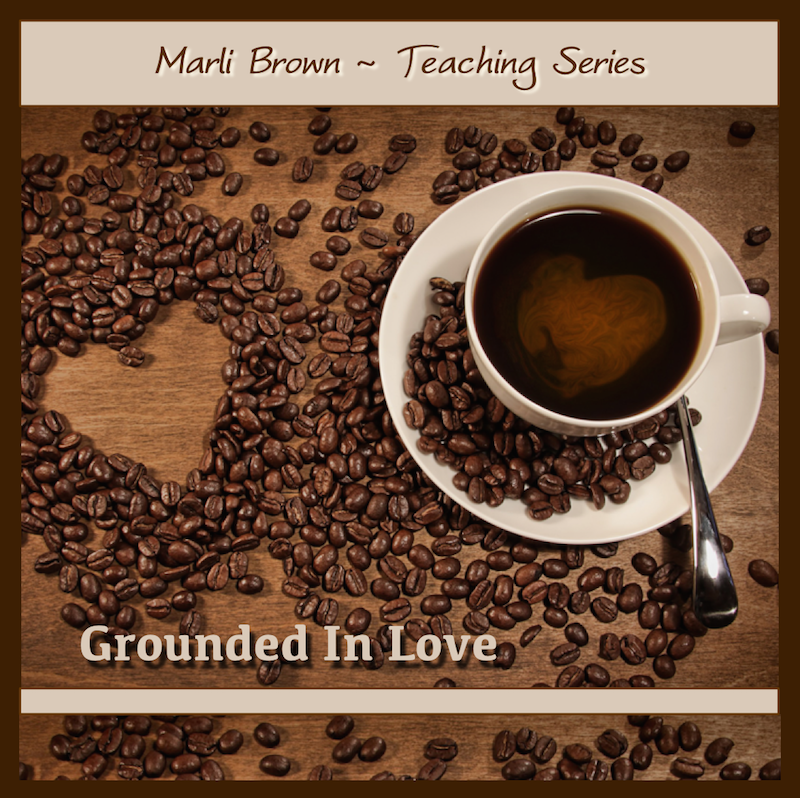 Released April of 2015. This new recording from Marli debuts her very first teaching project. Marli has many opportunities to research, write and teach on various topics in a ladies retreat setting. This 2-disc CD recording provides over 140 minutes of refreshing instruction in a relaxed atmosphere. Using funny stories and heart-gripping testimony, Marli teaches four sessions to a group of ladies in picturesque Shipshewana, Indiana during the Spring of 2014. These topics are not merely for ladies, but for men as well, as Marli brings to life and practically applies various passages of Scripture. Sit back and let the Holy Spirit teach you and encourage you in ways you never expected. Get grounded in God’s love! 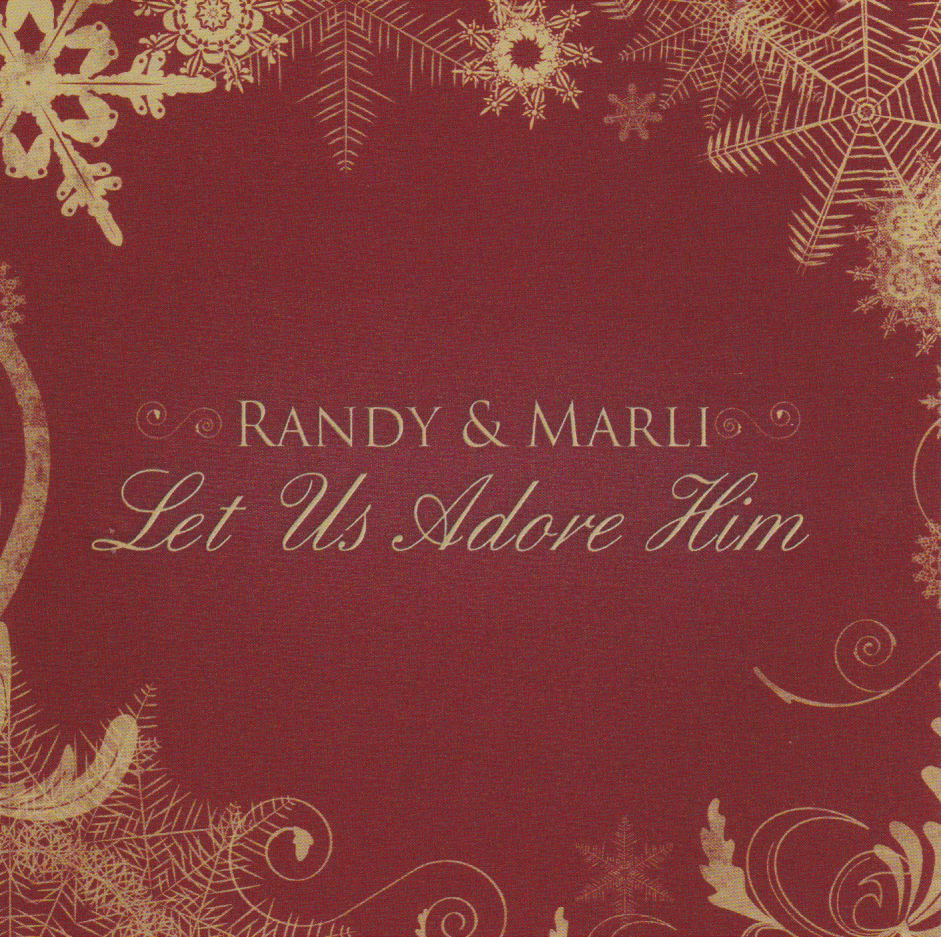 Let Us Adore Him

Released November of 2012. This recording from Randy and Marli debuts their very first Christmas project. Randy and Marli have always enjoyed the Christmas season, with the festive celebration and joyful occasion of Christ’s birth. Music, of course has played a big part in this celebration through all generations. The Brown’s have performed Christmas concerts for many years through the month of December, and finally recorded an hour of the Christmas songs they have performed in many of those churches. They were privileged to have Robyn Robins (founding keyboardist for Bob Seger) to add his creative expertise to the final mix. 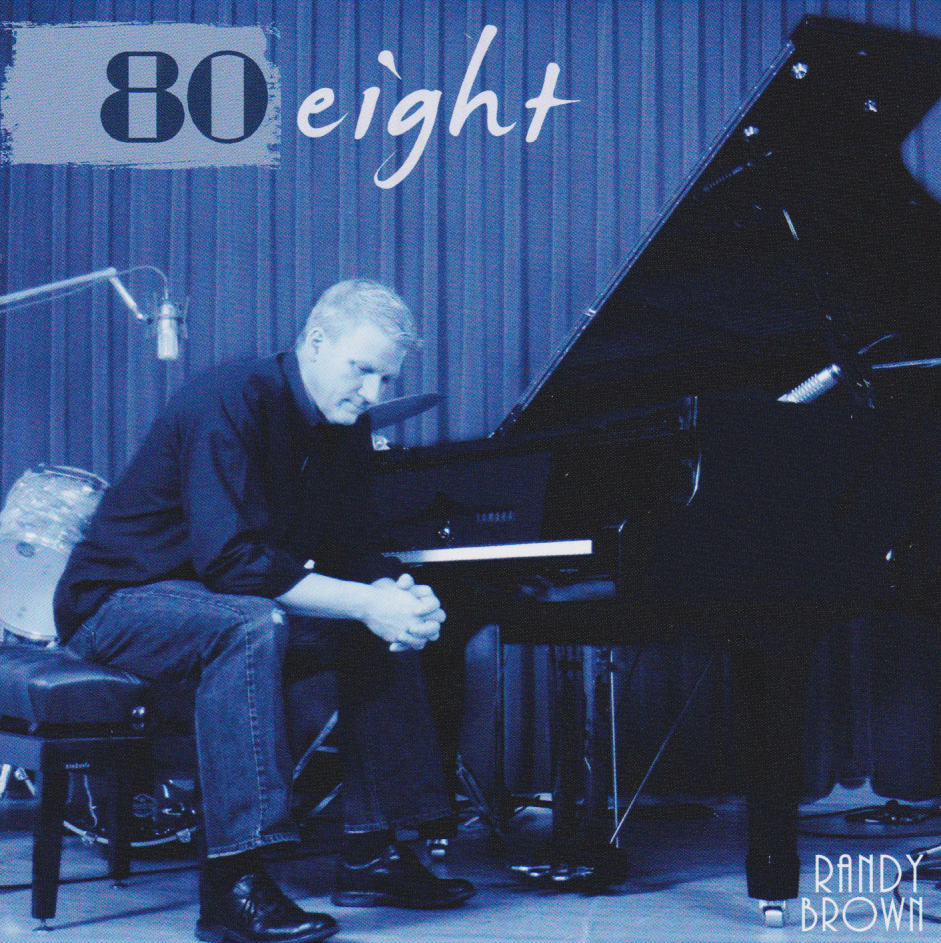 This piano project from Randy is his third instrumental recording. After countless requests, Randy delivers this unique collection of JAZZ. If you like the jazz combo sound, this will surely satisfy. Every song is arranged with drum kit, upright bass, guitar, and simple horns with the grand piano as the lead. Randy brings his many years of big-band, swing, and boogie piano to one complete CD project. Why is it called 88? There are 88 keys on a standard piano...and Randy commits to using them all. 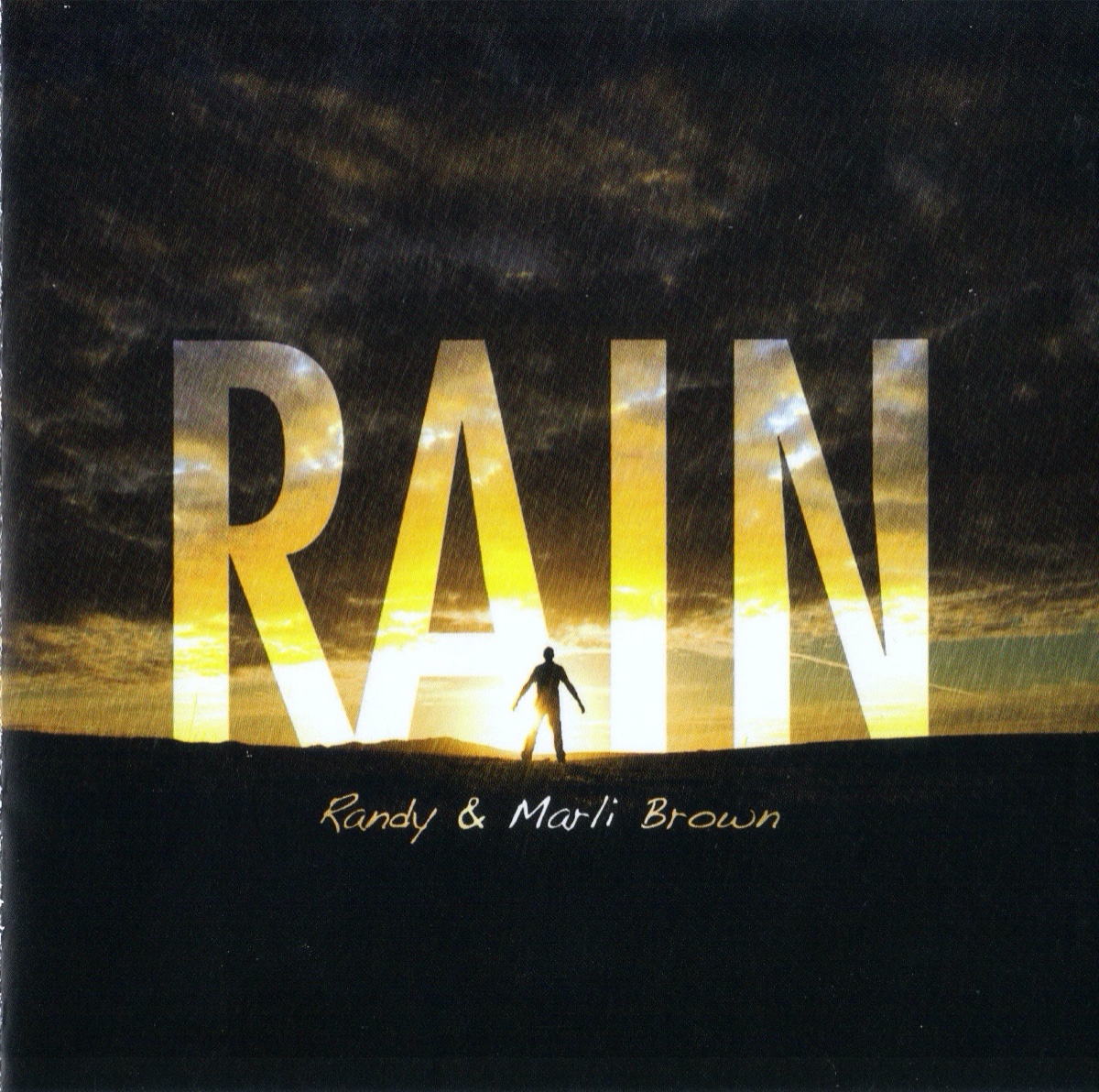 This project from Randy and Marli features 11 songs that are tools for intimate worship. Randy and Marli have written eight worship songs that focus on giving God our heart-felt thanks. There are songs that help us celebrate our love as well as songs that help us to quietly cry out our dependence on Jesus. Randy arranged and included three other popular worship songs; What Can I Do, Because Of Your Love, and When I Think About The Lord. As we seek the Lord through intimate worship we truly feel His love rain down on us. 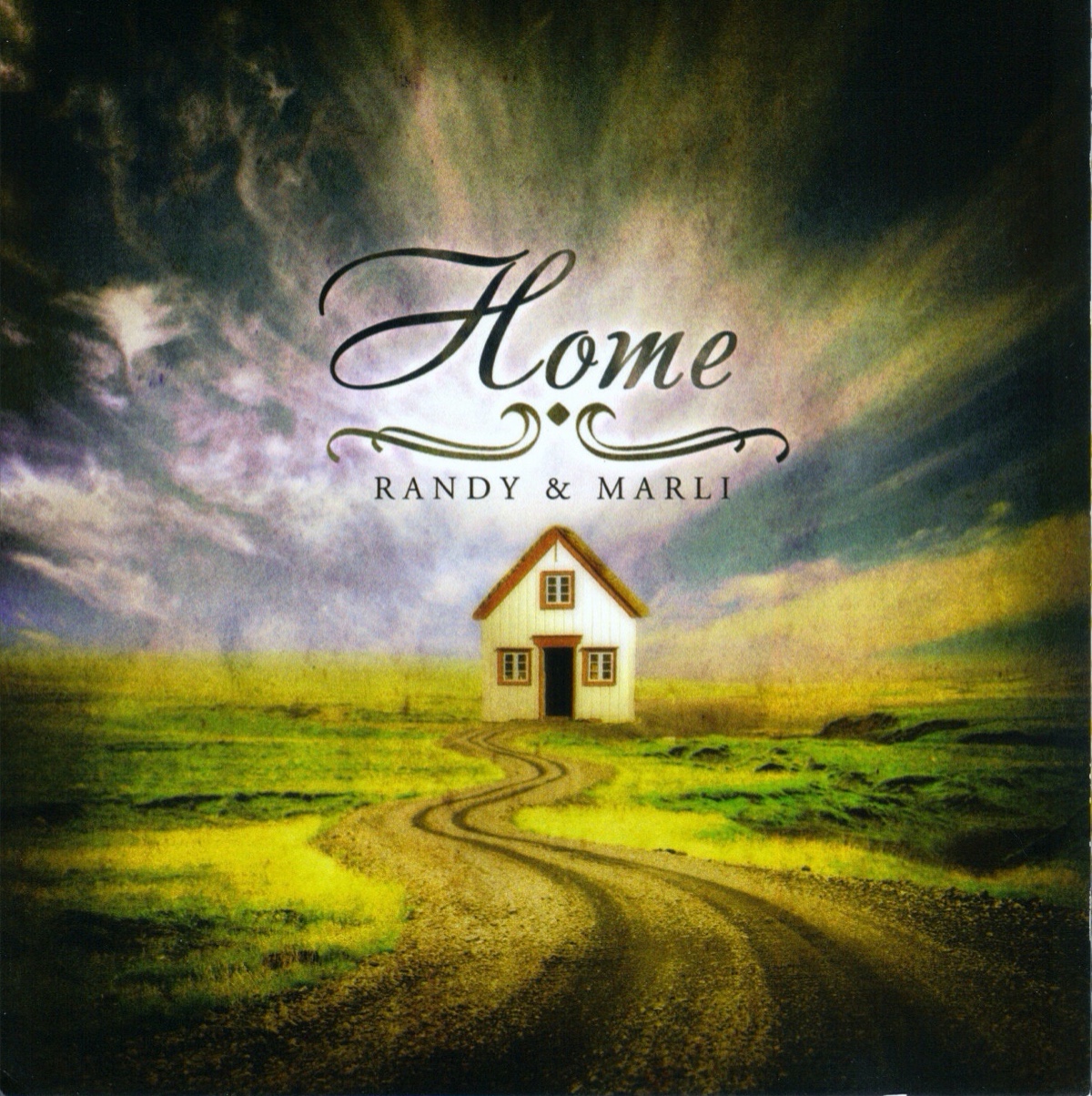 This recording from Randy and Marli took more than three years to record. Much time, contemplation and effort went into this 15 song project that delivers more than an hour of worship-centered music. Randy and Marli didn't want to just release another project, but they desired to carefully pen each lyric to every song from an honest heart. God has them on a journey to encourage churches across our country, and they accomplish that by traveling in a 36 foot motor home. It seems ironic that this project is titled "Home" because it came at a time when they didn't have a permanent residence. Randy and Marli have realized that when they gather together in various congregations with their brothers and sisters - spiritually, they are home. 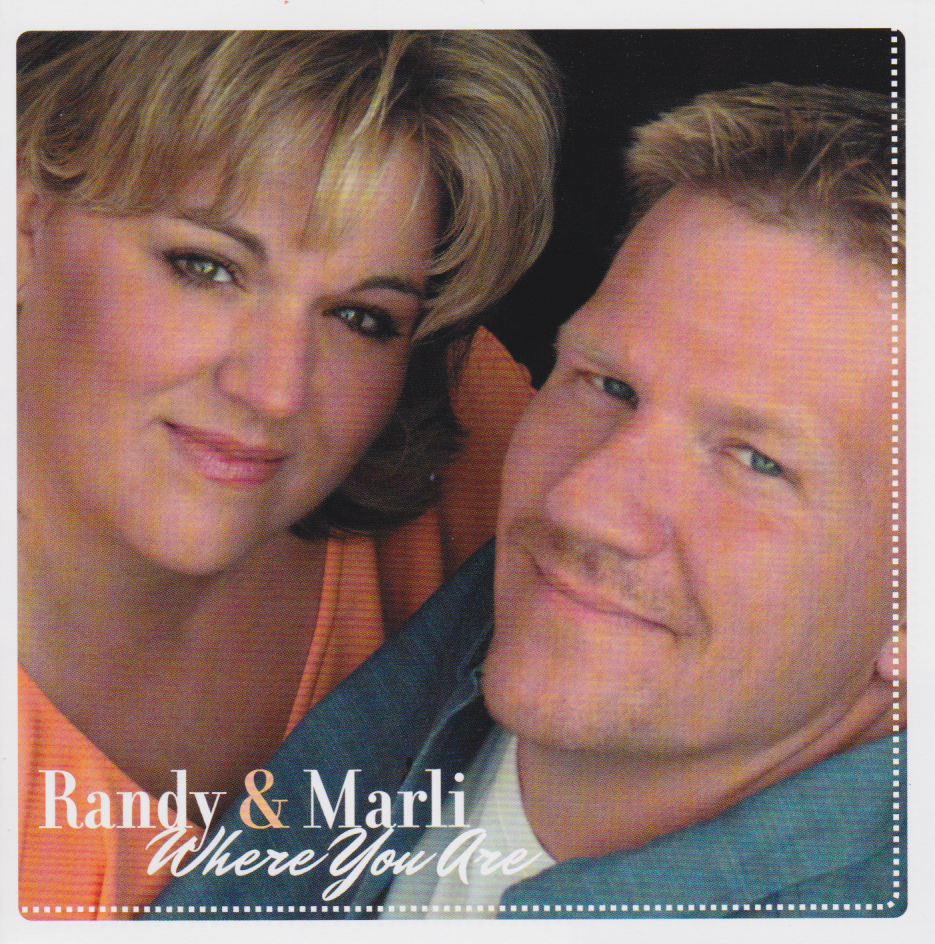 This project from Randy and Marli is the first duo recording in more than nine years. These original songs have been birthed from an intense faith-walk in which God has invited Randy and Marli to a more intimate friendship with Him. These songs encourage the listener to return to a child-like faith and to express their passion through worship. This 13-song project includes high energy band arrangements as well as beautifully orchestrated worshipful ballads. It also includes an updated piano arrangement of Randy's popular Amazing Grace that he originally recorded more than 10 years prior. 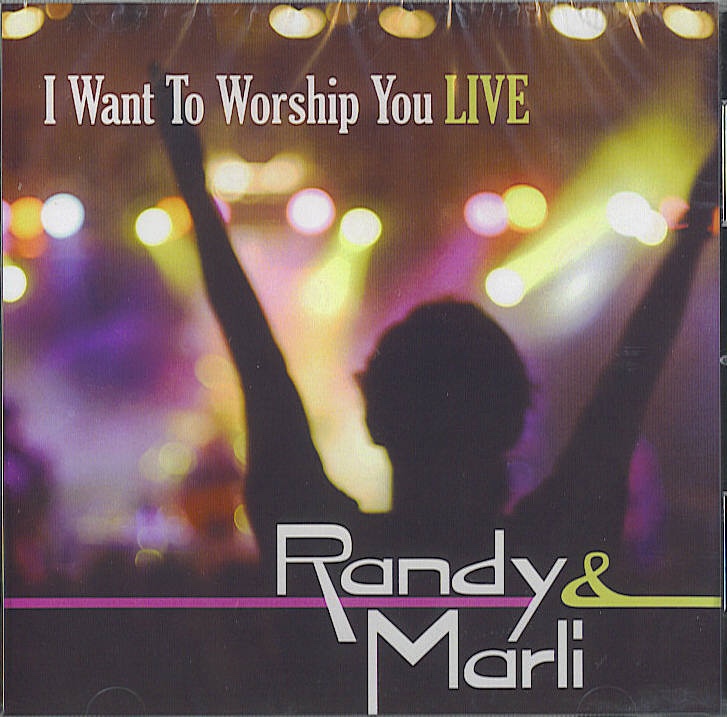 I Want To Worship You - Live

This live worship album was recorded during two services at Shepherd Fellowship Church in Waterford, Michigan. These 15 powerful worship songs, featuring the Shepherd Fellowship Worship Team, have everything from fun rock-n-roll to tender worship ballads that take you to the throne of God. Although the same live recording, in January 2007  I Want To Worship You received an updated cover. 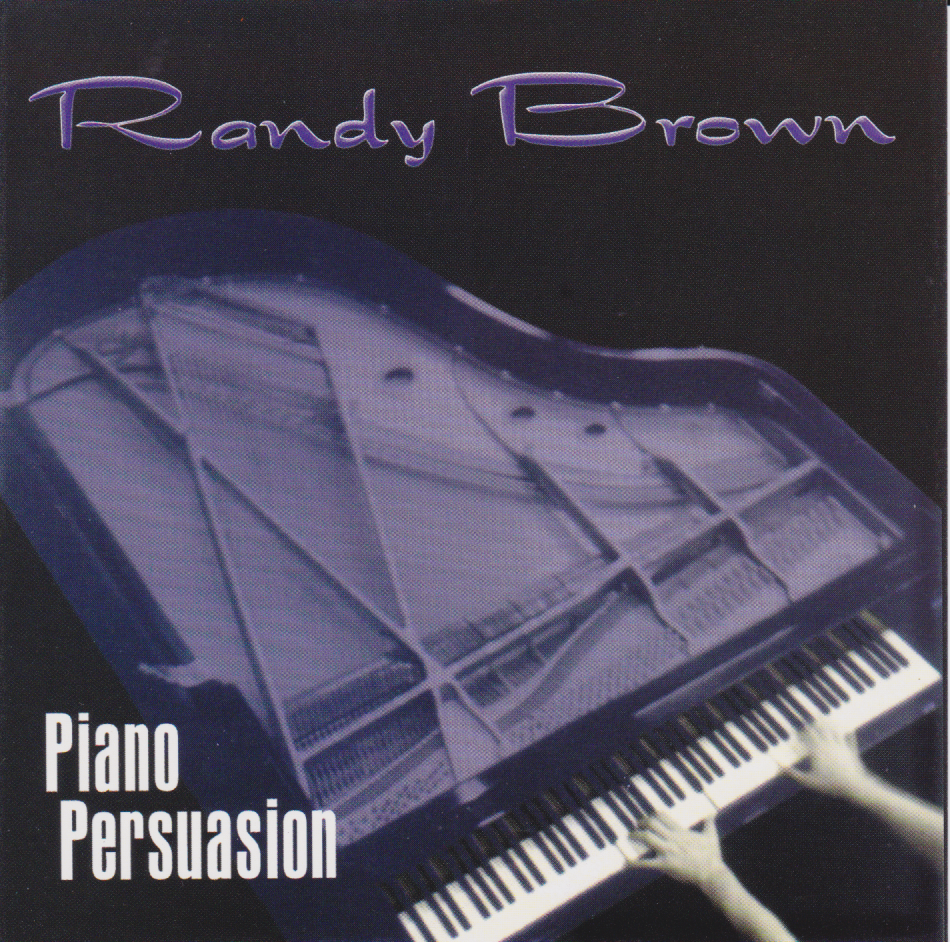 This instrumental piano album is Randy's second. Enjoy the simplicity and elegance of Instrumental music as you listen to piano worship with styles ranging from classical to boogie! Featuring traditional hymns, popular worship choruses, original songs and even a Beethoven Sonata. 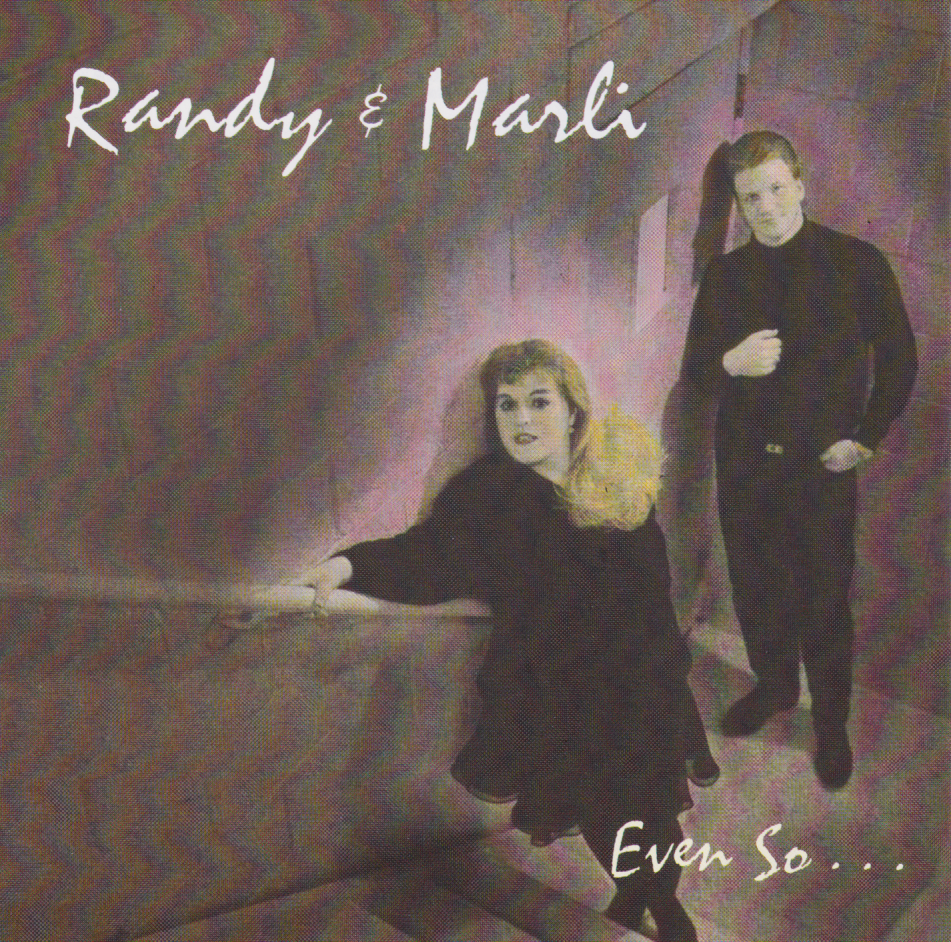 A combination of original instrumental and vocal songs, encompassing various styles, this album will lead your heart and mind to praise our Heavenly Father. Recorded at the infamous Bill Gaither Studios in Alexandria, Indiana, Randy & Marli had access to the best musicians, background vocalist, engineers, and producers of our day. Randy and Marli encourage the listener that no matter how difficult life may be, God loves us Even So… 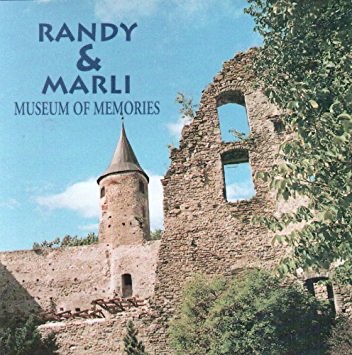 Their very first album together, released in 1994, Randy and Marli’s hearts’ desire to remain faithful to each other and to God, inspired this refreshing collection of original love songs. Randy wrote Forever Starts Right Now for Marli at their wedding on May 28, 1988, and Marli wrote Answered Prayer for Randy. With committed, servants’ hearts, Randy and Marli pray that you make your life a Christ-honoring Museum of Memories. 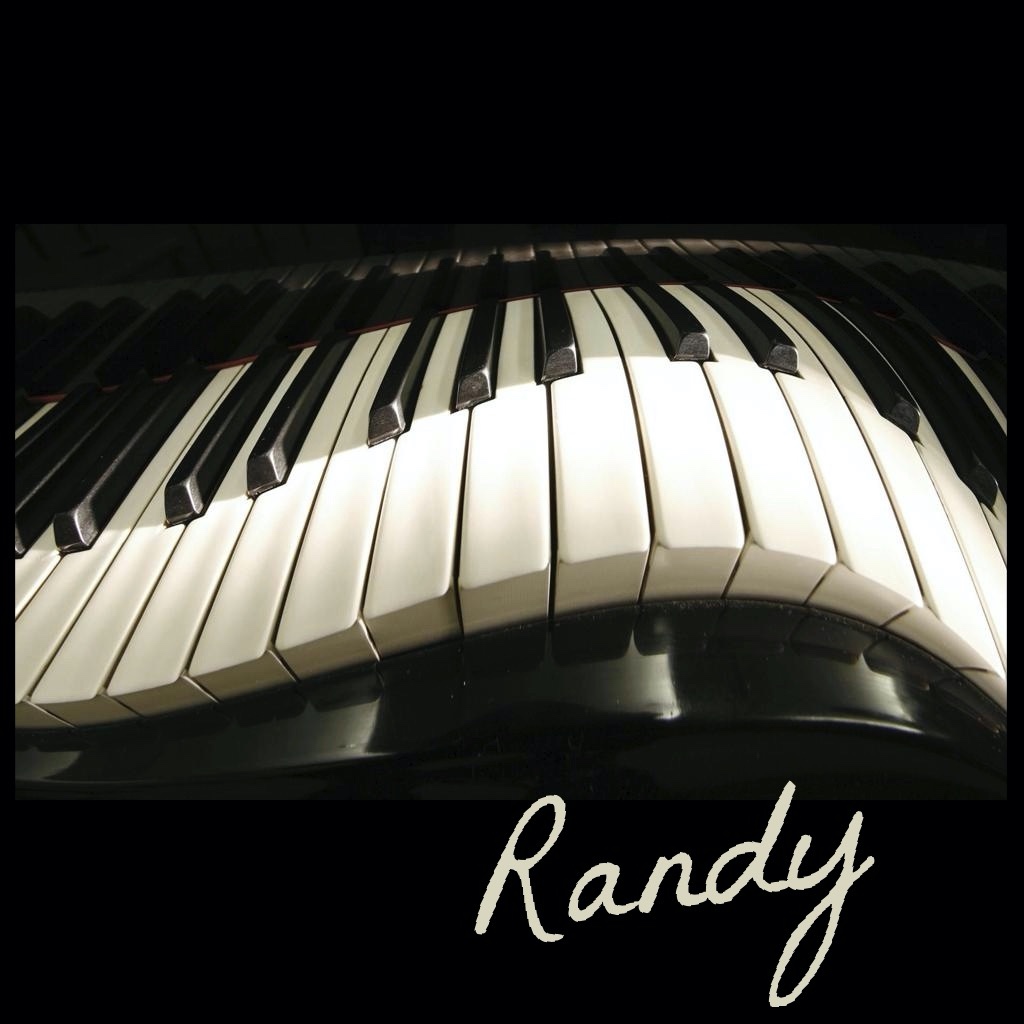 Your heart will be lifted as it bounces to the beat of Randy’s unique renditions of songs both old and new. God uses Randy’s musical giftedness to encourage all ages through praise and worship in this instrumental album featuring his widely requested arrangement of Amazing Grace. This is the very first of three instrumental piano albums by Randy. It was released in 1993. 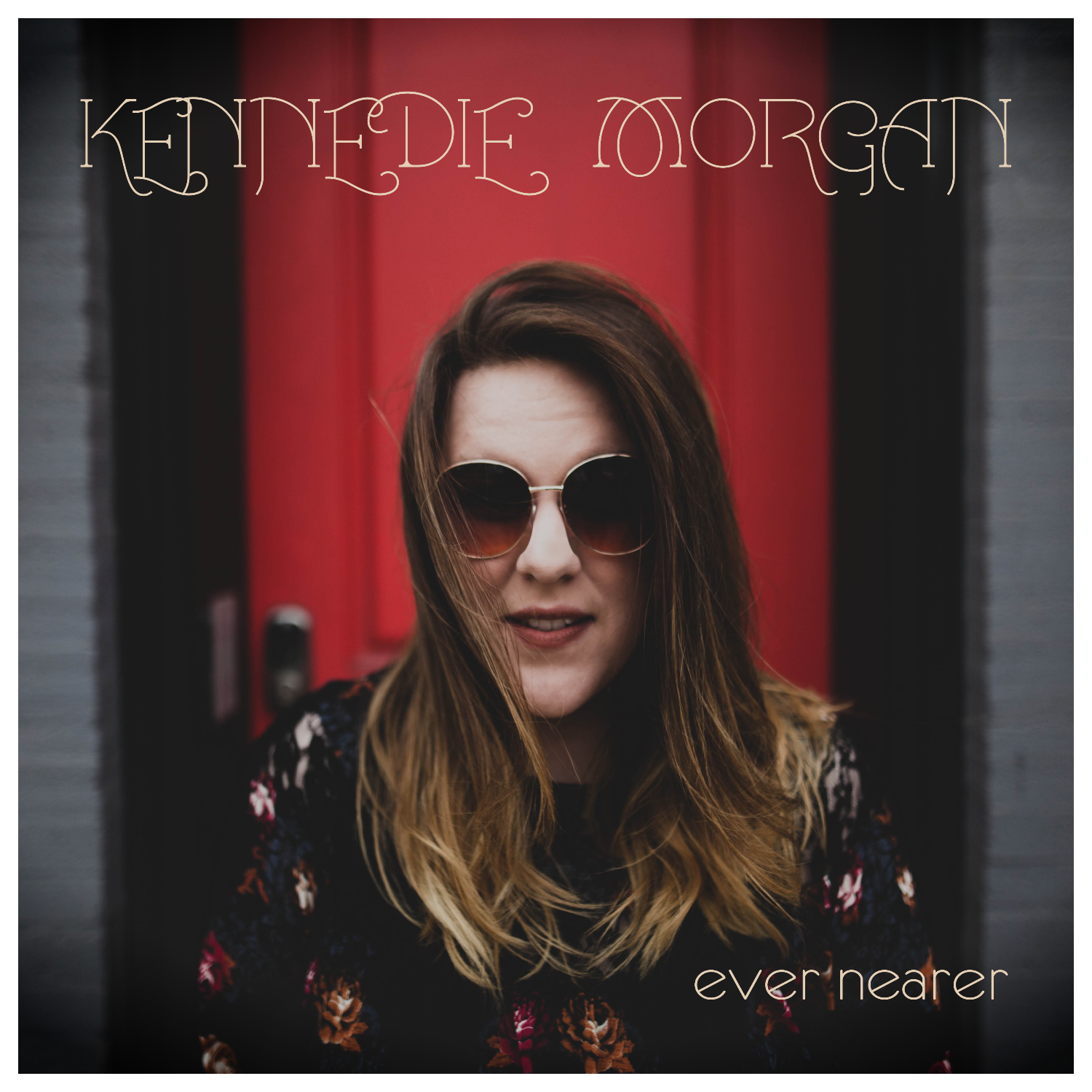 Kennedie, Randy and Marli's daughter, released her debut album in July of 2017. These 14 original songs will certainly bless you and draw you closer to the throne of God. Kennedie's heart for worship is so tender and it reflects it in her songs. Allow Ever Nearer to be an essential tool for your times of private worship.